Giving the cross the benefit of the doubt

The truth of Gisèle Freund’s assertion is borne out by the debate about reconstructing the cupola and cross on the roof of the new building, which takes the form of the Berlin Palace. As the Humboldt Forum, this newbuild in historic guise views itself as a prism of world cultural history, a forum for cultural diversity, multiple perspectives, science and societal debate, and a kind of community centre that will open its doors to all who wish to discover and understand the broader contexts of the globalized world of the twenty-first century.

In July 2002, the Bundestag took two landmark decisions: the first was to reconstruct the Berlin Palace, restoring three of its Baroque facades; the second was to set up the Humboldt Forum in the new building together with several participating institutions: the Staatliche Museen zu Berlin, the government of the State of Berlin, and the Humboldt-Universität zu Berlin. The intention was to create not just a museum but also a cosmopolitan meeting place that would welcome the entire community.

In the architecture competition held in 2007/08, the jury unanimously chose the design submitted by Franco Stella, which already envisaged the reconstruction of the cupola and the cross. The Budget Committee of the German Bundestag approved the budget required to realize the project on 29 June 2011. When we were appointed in May 2015, we were given the task of working with all the actors to develop the content of the Humboldt Forum on this basis. We were confronted with the question of how to approach a building which comes with such an uncomfortable history.

Symbolism of cupola and cross

The design for the cupola and the cross is certainly an architectural masterpiece, of the kind that perhaps only Friedrich August Stüler could have achieved. However, they were constructed in an era overshadowed by the bloody suppression of the barricades uprising in March 1848, which left more than 270 dead – the so-called Märzgefallenen – on the square in front of the Berlin Palace. In this respect, the cupola and the cross send a strong message about the divine right of kings asserted by Emperor Frederick William IV, and serve as a symbol of the alliance between the House of Hohenzollern and the Church as well as of the victory of reactionism. In reconstructing the palace, the cross on the cupola is without doubt of greater significance than a mere piece of architectural history, and it has connotations that go beyond its primary role as the chief symbol of Christianity.

its strength lies in contradiction

Above and beyond the doubts about whether the cupola cross has a right to exist there is the more fundamental question of whether a cross is compatible with world culture. The intense, at times bitter discussion on all these issues is part of what the Humboldt Forum is about, for its strength lies precisely in this contradiction. Right from the beginning, the inconsistency between the building’s facade and its content helped to shape the Humboldt Forum’s dynamic as a place for understanding the world without denying history.

The building itself reminds us of the historic circumstances under which the collections that form the nucleus of the Berlin museum landscape came into being. At the same time, the impressive physical presence of the newly interpreted palace building allows us to imagine the enormous economic and military effort that must have been required to facilitate the intellectual climate of the nineteenth century. Both today’s university system and the abundant museum collections have the palace to thank for their existence.

Berlin Kunstkammer in the pharmacy wing of Berlin Palace around 1695 and the Palace Museum in 1925 as a drawing room for students of the Berlin carpentry school.

At this point we would like to refer to a tradition whereby discredited monuments that send a problematic message are not demolished and forgotten but instead commented on and reinterpreted. A good example of how a monument can tolerate a dual interpretation and actually gain greater authority via this tension is the Siegestor in Munich, a triumphal arch modelled on the Arch of Constantine in Rome. Built in 1840 to a commission by Ludwig I, it was dedicated to the Bavarian army. To reflect the destruction and suffering post-World War II, the arch was deliberately restored in a simplified form. The inscription added on the south side turned the gesture of triumph into a tragic one: “Dedicated to victory, destroyed by war, an appeal for peace.” This is an illustration of Germany’s reflective approach to its own history, which enjoys great respect abroad.

side by side of world interpretations

The historic Palace Square in the centre of Berlin is a wounded location: within the space of half a century, two key monumental buildings that had successively been prominent features of the city skyline were demolished. In the wake of these radical and irrevocable decisions, we believe that it is time for this ideologically and symbolically charged place in the centre of Berlin to be healed of its wounds; we believe it is time to put our faith in the confrontational practice of juxtaposing different interpretations of the world and commenting on them. This practice, which employs subtle and authoritative arguments, sends a message to the citizens of Berlin, and trusts that it will be understood. Only in this way can heterogeneity and historical schisms claim a right to exist. The memories of both the East German Palast der Republik and the events leading up to March 1848 will find their place in the Humboldt Forum.

The cupola cross, however, was not the end of the story, for it should really be integrated into a greater narrative. As soon as it has been restored, the cupola cross will receive some company: as the members of the Humboldt Forum Steering Committee, we have proposed erecting an exact replica of the Sanchi Gate from the Dahlem collections in the grounds of the restored palace. Not only would this ancient Buddhist monument provide a pronounced stylistic contrast in front of the palace’s Wilhelminian facade, it would also interact with the new palace building while proclaiming the message of the Humboldt Forum – that it is a space for experiencing world cultures and science – to the outside world. Placed opposite the Lustgarten as a south Asian response to the early classical Brandenburg Gate facing west, it can symbolically direct the viewer’s gaze eastwards. It would also serve to link the Humboldt Forum and Museum Island.

parallel interpretations of the world

In 2005, at a time when the remains of the Palast der Republik were still being used temporarily for an alternative purpose, they were crowned by a band of lettering measuring eight by forty metres spelling the word “ZWEIFEL” (doubt) in neon letters embedded in the edge of the roof. This installation by the Norwegian artist Lars Ø Ramberg was a powerful statement in the debate about whether to preserve the Palast der Republik or tear it down. “If you simultaneously look forwards and backwards, in other words, if you’re aware of history, then doubt is the mantra,” was the artist’s view.

In the twilight world of doubt, things take on a more three-dimensional quality and remain in motion, defying rigid certainties. The doubt intrinsic to all cultures has an undeniably creative element and only through doubt is it possible to attain a level of higher insight. Thus doubt becomes a component of the philosophical notion of criticism. It is an antidote to over-hasty conclusions, prejudices and false promises. It is doubt that needs to be cultivated and activated!

In its documented historical dimension within Europe – from the scepticism of antiquity to the medieval idea of doubt as blasphemy to the appreciation of doubt in the modern era as an instrument of affirmation and reliable knowledge – it has become a key notion. It is a precondition for the Enlightenment and indeed for any form of intellectual inquiry. And it should not be forgotten that for a long time doubt, as a central element of the Prussian Enlightenment, and the cross, as a Christian emblem, interacted in Berlin. We have both of them to thank for all the great research and intellectual debates of the eighteenth and nineteenth centuries. Doubt has always resided in this building. We therefore propose to transfer Ramberg’s monumental neon letters to the eastern side of the roof of the Humboldt Forum, assuming that this architectural amendment is structurally safe and technically realizable. It is as a written word-cum-logo that the capital letters will unfold their greatest and – in the best sense of the word – most obtrusive effect on thinking and understanding, with respect to a modern understanding of the world and to the fundamental questions posed by society to a future in the era of globalization. Serving as a reminder of the demolished Palast der Republik, they would stand in every respect for the impetus to comprehend the conflict-ridden history of the location, aided by these two elements as leitmotifs.

Two fundamental principles of the cultural and intellectual life of the city would thus stand beside one another on the roof of the Humboldt Forum. Moreover, the reconstruction of the historical palace building is in itself an expression of doubt in architectural guise – and the apotheosis of this doubt is a cross that no longer has a religious function in this setting. In this respect, cross and doubt complement one another, for both justify the forum of the debate. In this framework it is important to do justice to the multi-dimensionality of history, which arouses abhorrence and opposition but also identification and approval in equal measure. The eloquence of the word “doubt” together with the powerful visual symbolism of the Sanchi Gate and the cupola cross invite us to view the world not just through the eyes of our own selves. That is the message of the Humboldt Forum. 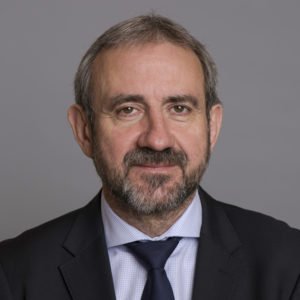 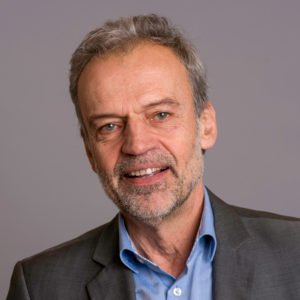 Horst Bredekamp is Professor at Humboldt-Universität zu Berlin and member of the founding directorship of the Humboldt Forum. 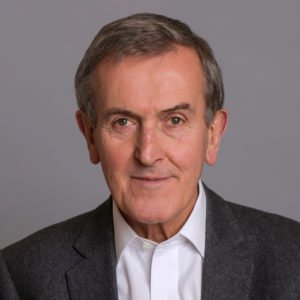