In the land of the Chokwe

TAAG Angola Airlines flight DT230 landed on time at 7:15 at the small airport of Saurimo in the north-eastern part of the country. In spite of the early hour on a Sunday morning, half the cabinet and other dignitaries from the province of Lunda Sul had gathered at the edge of the runway to greet Hermann Parzinger, president of the Stiftung Preußischer Kulturbesitz, Paola Ivanov, curator of the Africa collection at the Ethnologisches Museum, Norbert Spitz, regional head for Sub-Saharan Africa at the Goethe-Institut, and Dirk Lölke, the German ambassador in Angola, who, in the interests of promoting dialogue with the societies of origin, had all made the journey to meet local representatives and engage in discussions in the two Lunda provinces.

Muatxissengue Watembo, king of the Chokwe, is seated in a big armchair. Beside him, bending low over the armrest, sits his court advisor, who translates from the Chokwe language into Portuguese. Ivanov has brought with her a catalogue for the Beyond Compare! exhibition currently showing at the Bode Museum. She gives it to Muatxissengue Watembo and shows him some of the old masterpieces made by Chokwe artists. The king examines the images with great interest and briefly confers with his adviser before finally saying: “We were not aware that Chokwe pieces of this quality existed in Berlin.” King Watembo, who has expressly welcomed the desire for collaboration then adds: “But we also have a valuable collection that is sure to be of great interest to the Berlin ethnologists.”

The wish to reestablish old relations also meets with a positive response in the Museo de Dundo in Lunda Norte, which the delegation reaches after driving for several hours across the broad expanses of the savannah. At the time the Berlin ethnological museum was founded (as the Museum für Völkerkunde in Dahlem), expeditions by the Deutsche Gesellschaft für die Erforschung Äquatorialafrikas had already acquired outstanding artworks produced by the Chokwe and other ethnic groups.

In the 1930s, Hermann Baumann, the controversial ethnologist and Africa specialist whose reputation was called into question by, among other things, his membership of the Nazi party, compiled the world’s first systematic collection of the material art and culture of north-eastern Angola. The Dundo Museum was founded at around the same time, for which Baumann subsequently put together a second collection, a large part of it now in the Museu Nacional de Antropologia in Luanda.

When one walks through the permanent exhibition, one immediately feels the kinship between the two collections, in Berlin and Luanda. Both here and currently in the Bode Museum, a magnificently carved Ngundja chair with a pelt-covered seat is on display. Chairs of this kind showing finely worked scenes from everyday life were among the most prestigious objects owned by Chokwe rulers. Ivanov also immediately recognizes the impressive initiation masks of the Chokwe.

While a series of rooms in the main building of the museum had to be closed because of a leaking roof, the storage building is new. Museum director Álvaro Jorge proudly shows the guests one of the modern mobile shelving units. In contrast to the packed storage facility, the spacious restoration workshop is empty except for the requisite work surfaces. For Hermann Parzinger this is an ideal starting point for the process of practical collaboration: “We want to support the Angolan museums in their many endeavours to the best of our ability. On the basis of our shared history, we are looking for new ways to move into the future with joint research projects, advanced training, and capacity building, particularly in the field of restoration.”

The long-term cooperation between the museums is then formalized by a memorandum of understanding signed by Ziva Domingos, Angola’s national director of museums, Hermann Parzinger, and Norbert Spitz. The event is broadcasted live by Televisão Pública de Angola and TV Zimbo. For the first year of the collaboration, the partners agree to exchange information about the museum collections, hold a workshop on conservation and restoration, and translate historical ethnographic documents into Portuguese. In the world of the museum, a new era of German Angolan cooperation has begun. 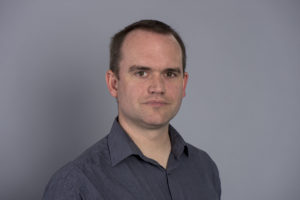 Stefan Müchler is press and public relations officer at the Stiftung Preußischer Kulturbesitz.