A symbol of reconciliation 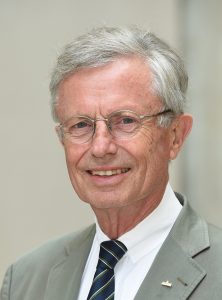 Wilhelm von Boddien founded the Förderverein Berliner Schloss in 1992, was its first chairman until 2004 and has been managing director of the association since 2004.